NOTE: If you have participated in a previous closed beta/alpha and are unable to see the "Rainbow Six Siege - Open Beta" game tile, please make sure to check under the "Hidden" tab of your games library.

It’s been a long journey since we first announced Rainbow Six Siege at E3 in 2014, and now we’re less than two weeks away from the launch of the game. Before the full game is out in stores and ready for you to download, we still have one final testing milestone left. The Open Beta will run from November 25th through the 29th, with exact times varying by region. Everyone who participated in the Closed Beta will have 24 hours early access starting on the 24th.

The Open Beta will be focused primarily on testing matchmaking and online infrastructure, and as such will only feature a limited scope of the game’s content. Your progression, inventory and Ranked gameplay during the Open Beta will not carry over into the final game.

The Open Beta contains some content you might not have played in previous testing periods, including a new map, new operators, and a new Terrorist Hunt mode. Let’s take a look at what you’ll be able to play: 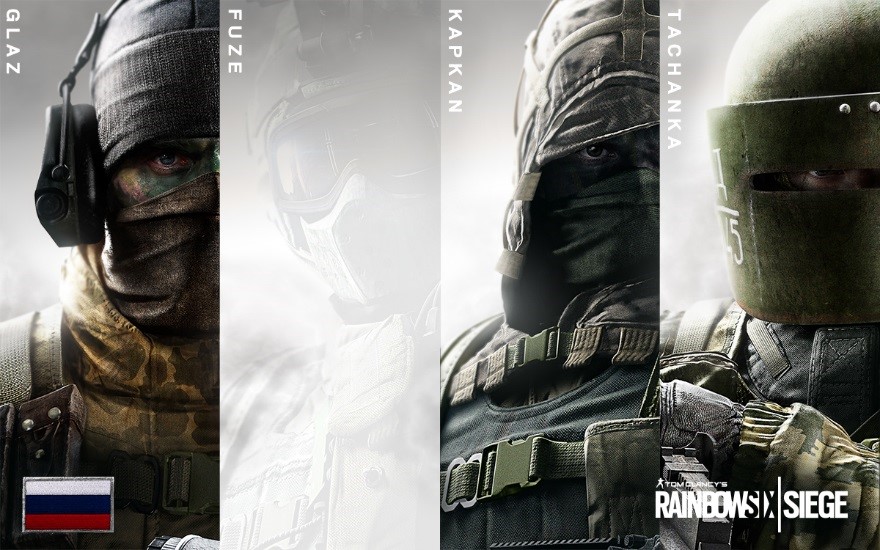 During the Open Beta, you’ll get to play the other three Russian Spetsnaz operators which includes the heavily armored Tachanka and his mounted machine gun, and Glaz with his very effective sniper rifle. Closed Beta fan favorite Fuze and his incredibly dangerous cluster charge will not be available again until launch.

Players will be able to play both Ranked and Unranked modes. While Ranked progression and stats will not carry over into the full launch, it will give you a chance to experience the “hardcore” settings outlined in our last dev update post.
The two PvP modes from the Closed Beta are back, with players fighting over room control in TDM – Secure Area or defusing and defending bomb locations in TDM – Bomb.
Terrorist Hunt (PvE)

Featured during E3 2015 and live event previews, Terrorist Hunt – Disarm Bomb will be available for everyone to play during the Open Beta. You and your team will need to iniltrate a location filled with White Masks and disarm two different bomb locations. Be careful, once the bomb has been disarmed, White Masks will attempt to swarm the location and take you out. Set up properly and cover your corners to hold off the threat before moving to the next location.
The Maps 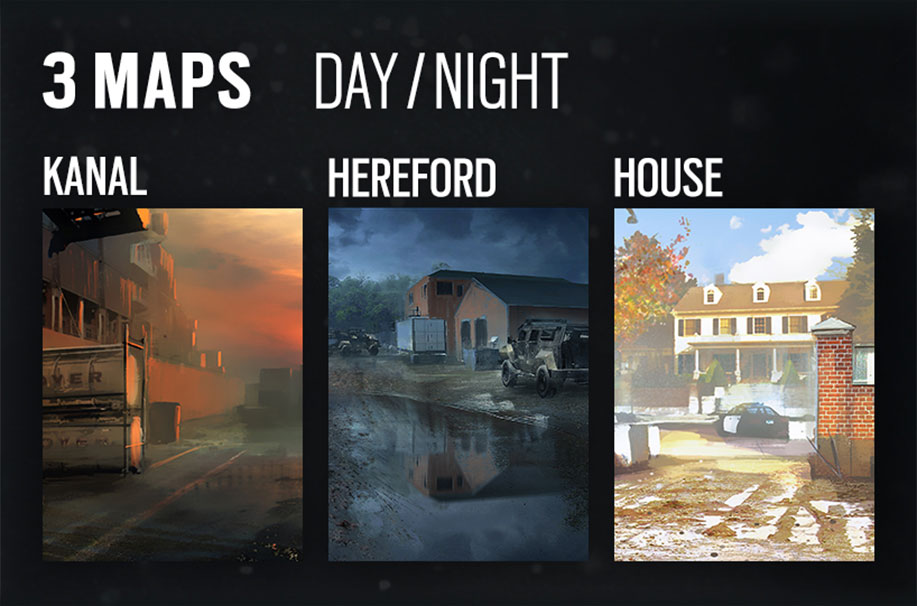 There will be a total of three maps during the Open Beta, playable day and night on both PvP and PvE game modes. Hereford Base and the House map will be returning for this testing period, and for the first time you’ll be able to play the Kanal Industrial Harbor map, which was featured in the Gamescom trailer.

We are grateful and humbled to be this close to the launch of the game, and we can’t wait to have you all playing during the Open Beta for one last stability check. You’ll get to test out some of the recent improvements we made, including a much stronger matchmaking experience. Of course, launch is just the beginning and we will be continuing to take feedback and make updates to the game. Join us on the official subreddit and forums to share your thoughts. 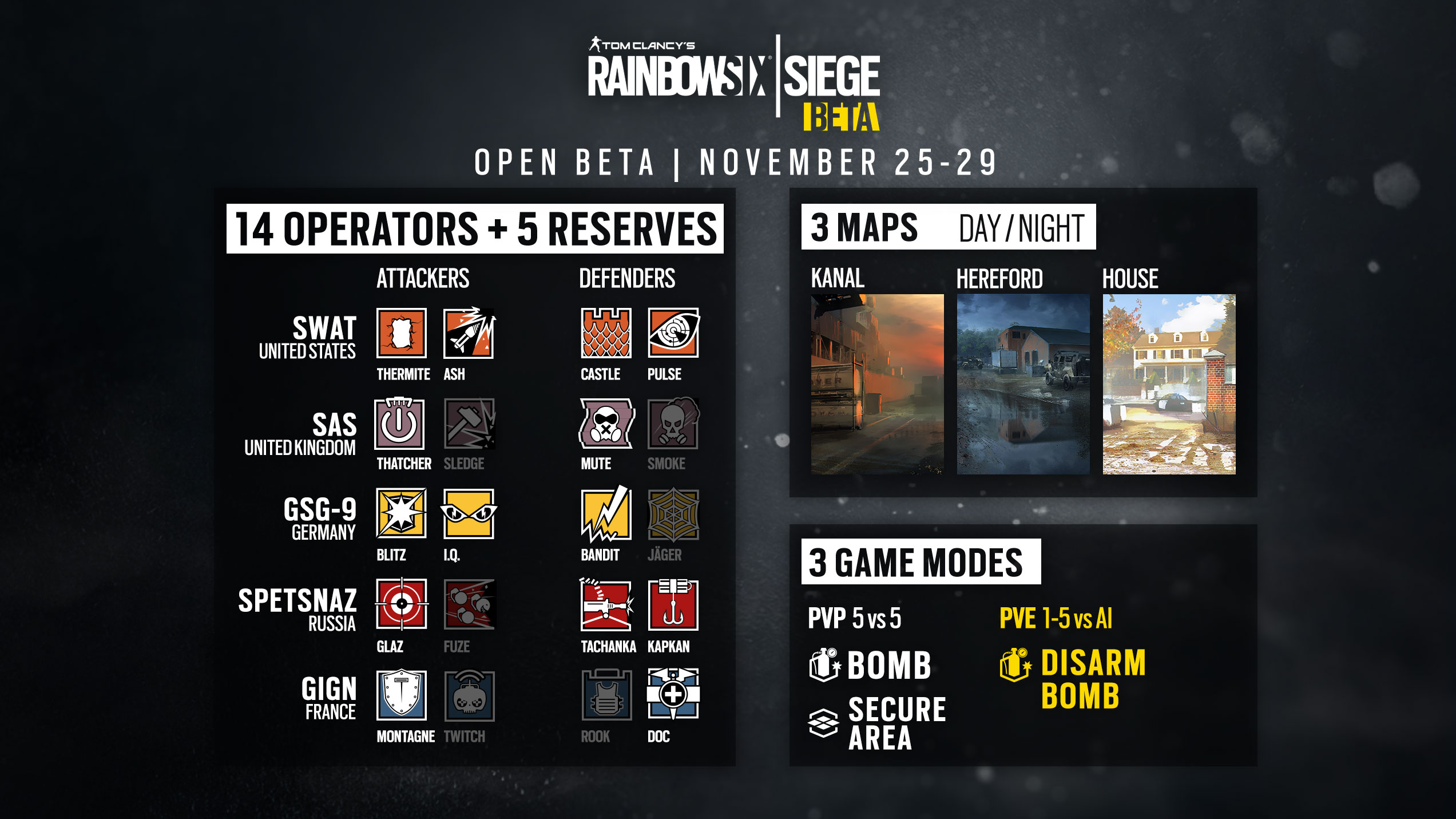